The updated version of the crossover Acura RDX of the 2016 model year was represented on the 12 of February 2015 at the time of Chicago Auto Show. The car manufacturer didn’t choose the place of acquaintance with the restyling version of the compact premium class crossover Acura RDX 2015-2016 randomly. It is natural, as the luxury division of Acura was created especially for the car market of USA and Canada Honda Motor companies in 1986.

The manufacture of the updated crossover Acura RDX 2015-2016 is performed at the car factories of Japanese companies in Ohio and Alabama. The sale of updated Acura RDX 2016 in America will start at the beginning of spring 2015.

The restyling crossover Acura RDX 2016 has become a lot of renovations. The appearance of the SUV was fundamentally transformed. The compartment was completed with the new equipment, the petrol engine became more powerful and stronger, and the automatic gearbox got more speeds. The adjustments of suspenders and steering control became more comfortable. The work of electronics, responsible for the all-wheel drive, was significantly improved. The overall results of restyling are quite exciting and worth careful acquaintance.

It’s effortless to differ the updated crossover Acura RDX from the pre-restyling brother. It shows off its new LED “Jewel Eye” headlights, the tail lights with LED elements and 3 D- effect, modified false radiator grill, new massive bumpers with inserts in the imitation of air pipes and stylish fog lights. The new exterior of the body design is performed according to the corporate style of the Japanese company’s latest innovations- the new generation of large crossover Acura RDX and sports sedans Acura TLX and Acura ILX. 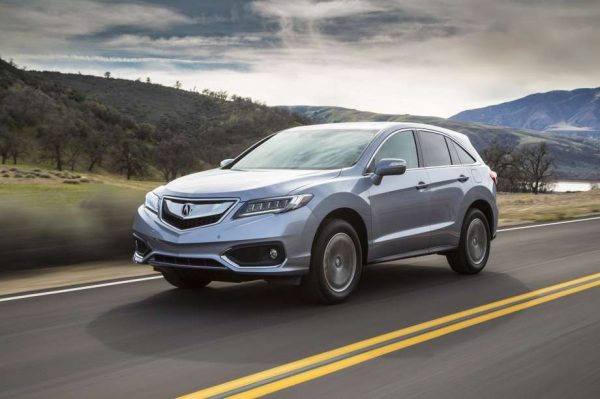 There are not so many new elements in the compartment of restyling version Acura RDX 2016. Of course, the most noticeable new interior item is the new Multi-Information Display (color 4.2-inch touch screen of the multimedia system), mounted under the main 8-inch screen. The two color screens divide the functions among themselves: the upper 8-inch screen provides the navigation with the pictures of rear-view cameras, while the new 4.2-inch touch screen is responsible for the adjustment of the audio system and phone. It also informs about the fuel consumption and capacity, inflation pressure and other data.

In short, the updated Acura RDX 2015-2016 became more beautiful, acquired two color screens and modernized technical part. Although there are not so many innovations, the car looks more modern and reliable.

The advantages of the most modern Acura models